Charges come after law enforcement responded to a Dublin residence after receiving a call for help on March 7, 2019.

“A female victim reported she and her husband were hiding in a bathroom after being attacked by her son with a knife,” said Acting Prosecutor Christopher Betts. “On scene, the couple was located, treated, and ultimately transported to Riverside Hospital with multiple injuries.”

The suspect, Ashton Packard, was located in the neighborhood a couple hours later.

“Mr. Packard had fled the scene by the time authorities arrived,” Betts said. “Neighboring law enforcement agencies, two K9 units, and a helicopter unit from the Ohio State Highway Patrol worked together to locate and detain him.” 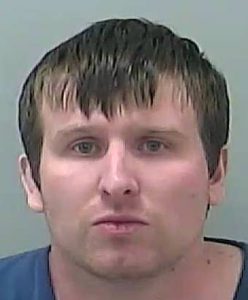