July 13, 2020 – Richard Barthel was sentenced to a minimum of 12 years in prison after pleading guilty to 10 counts of pandering obscenity involving a minor, all second-degree felonies.

Local authorities were alerted to suspicious activity on Barthel’s Dropbox and Google Photo accounts by the National Center for Missing and Exploited Children.

“The despicable crime of child pornography is far-reaching,” said Delaware County Prosecutor Melissa Schiffel. “Unfortunately, today’s technology makes it easy to download, share, and spread images of child victims all over the globe with the simple click of a button. Thanks to the diligent work of national partners committed to stopping this vile crime, our local law enforcement was able to pinpoint Barthel’s exact IP address and stop this perpetrator from doing further harm.”

At sentencing today, prosecutors emphasized that Barthel belongs in prison. Prosecutors outlined the serious charges against him and explained that in addition to the downloaded computer images, Barthel also had an image on his cellular phone, which he took himself.

“Let this case be a reminder for our parents and a warning to predators.” Schiffel said. “Parents, stay vigilant. Predators, we are coming for you. In Delaware County, our pursuit of justice will always include a prison sentence.” Schiffel said.

Barthel was sentenced to an indefinite term of 12 to 16 years in prison, with 12 years being the minimum he must serve before he is eligible to seek parole.  As a result of his conviction, Barthel is classified as a Tier II sex offender. As such, he must register his address every 180 days for 25 years after his release from prison. The court further ordered he serve five years post release control.

Special thanks to the National Center for Missing and Exploited Children, and the Franklin County Internet Crimes Against Children Task Force for their work to bring this predator to justice. 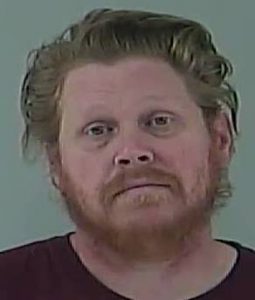