In court today, Delaware County Prosecutor Melissa Schiffel said he should be held accountable to the fullest extent of the law.

“Levon Sommerville is a dangerous man who has taken no responsibility for his actions and has shown no remorse,” said Prosecutor Schiffel. “He was already on post release control in another county when he illegally brought a loaded gun into a busy shopping mall and opened fire inside a children’s clothing store, causing widespread panic and a full evacuation.”

In addition to prison, Judge David Gormley ordered up to three years of post release control supervision and monitoring.

Sommerville was found guilty on September 17, 2021 of felonious assault with a gun specification, having a weapon while under disability, and inducing panic. The incident occurred inside the Polaris Fashion Place. Law enforcement responded to “shots fired,” and the mall was evacuated for safety.

Special thanks to the Columbus Police Department and all the Delaware County law enforcement partners who ran toward danger to protect our community the day of the shooting. Thankfully, no one was injured. 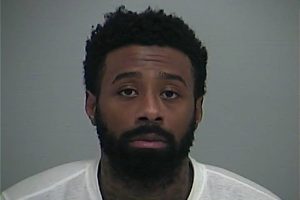